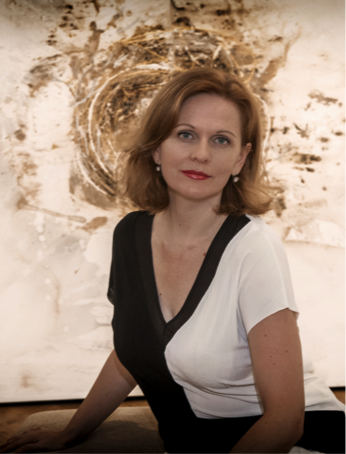 Tamara Alexeeva
She studied lyrical singing at the Superior Conservatory "A. Boito" in Parma, Italy. Among her teachers, we can name Franco Corelli, Katia Ricciarelli, Virginia Zeani, Leone Maggera and Mietta Sighele. Winner of the competitions "Iris Adami-Corradetti" from Padua, "Giuseppe Verdi" from Parma, "Voci verdiane" from Busseto (Italy). She debuted in the role of Giulia in the opera "La scala di seta" by Rossini at the Teatro Comunale in Bologna (Italy). Her professional experience has major international repertoire roles in theaters such as: Comunale de Cagliari, Teatro San Carlo of Napoli, Teatro Filarmónico de Verona. Festival "G. Verdi" Teatro Regio de Parma, Festival "G. Donizetti" of Bergamo. Festival "Valle D'Itria" Martina Franca, Teatro Grande de Brescia. Pergolesi Theater of Jesi, International Festival of San Gimignano, Theater "Politeama" of Lecce. Theater "Marruccino" of Chieti, Theater "Giglio" of Busseto, Stadttheater of Bern (Switzerland). Operà de Lyon (France), A.Kraus Festival of Las Palmas (Spain), Grand Theater of Sejong Center of Seoul (Korea), Grand Theater of Shanghai (China), Conneticut Grand Opera (USA). She has worked under the direction of internationally renowned directors and conductors such as: Franco Zeffirelli, Peter Stein, Pier Luigi Pizzi, Lindsay Kemp, Gian Franco Cobelli, Stephen Medkalf, Kirill Petrenko, Massimo Zanetti, Julian Kovachev, Romano Gandolfi, Gerard Korsten, Bernard Massimo, Fabrizio Carminati, Lawrence Gilgor, Antonino Fogliani and Andrea Battistoni.   TEACHING PROPOSAL 1. Singing lessons for children from 5 years old. • You learn to breathe correctly, doing exercises that help to increase the breathing capacity during singing. • You will learn the correct articulation of words during singing. • Introduction to classical and modern vocal repertoire. • We discover, through the repertoire we study, the four main characteristics of sound: height, timbral differences, duration and dynamics. • You learn the names of the notes and the basics of musical rhythm with the help of vocal exercises. • The technique is studied in order to transmit and express a feeling described in a musical composition. The sessions will last for one hour and will consist of two parts: • The first one dedicated to education and vocal training (15 minutes approx.). • The second, learning and practice repertoire (45 min approx.). The contents of the vocal education section deal mainly with the knowledge and practice of the different types of breathing, emission and vocal diction. The repertoire included in the second part of each session will be varied, covering different styles and tendencies (classical, popular, world songs, and others). 2. Singing lessons for young people and adults (all levels). • We will work on vocal breathing. • We will learn the use of body resonators. • We will learn how to coordinate hearing and sound creation. • We will study how to achieve good pronunciation and expression when singing. • We will learn how to choose the right repertoire. The sessions will last for one hour and will consist of two parts: • 15 minutes dedicated to education and vocal training • 45 minutes dedicated to learning and practicing repertoire 3. Preparation for conservatory exams. 4. Study of the repertoire of Italian opera for professionals.