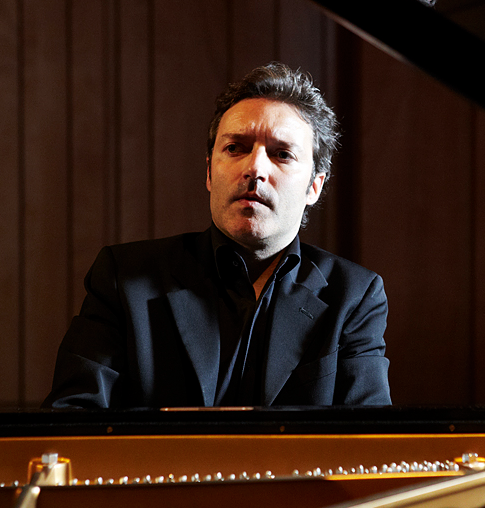 Considered as one of the most projected pianists on the national scene, he has given concerts both as soloist and with orchestra in the halls and the most prestigious festivals in the country.

In recent years he has been involved in such important projects as the recording of the concert for piano and orchestra by maestro Joaquín Rodrigo with the Naxos label; the international premiere, on the occasion of the fiftieth anniversary of musical youths in Spain, of the concert for two pianos and orchestra “Juventus” by Antón Garcia Abril; the recording of the integral for piano by Manuel de Falla, the integral of the trios of Turina for piano, violin and cello with the Trio Arriaga, as well as the recordings of the work of George Gershwin and recently of Enrique Granados with the record label Warner Music. Since 2005 he is a professor of piano and chamber music at the Conservatorio Superior de Música del Liceo de Barcelona.

His awards as a pianist and component of different chamber groups have led him to important concert tours in Europe, America and Asia, among which we highlight State-level awards such as the National Musical Youth of Spain, the Infanta Cristina, or Yamaha Foundation, internationally the “Kendall Taylor Beethoven Piano Prize”, the Quilter piano competition, the “Hopkinson Gold Medal & Sydney & Peggy Shimmin Piano Prize” as well as the International Tournament Competition after being selected as the best group of Spanish chamber music and the first prize of the Gaetano Zinnetti contest in Verona.

He is currently preparing a recording of American trios for the Naxos label, as well as a concert tour promoting his latest recording of the piano integral by maestro Manuel de Falla.