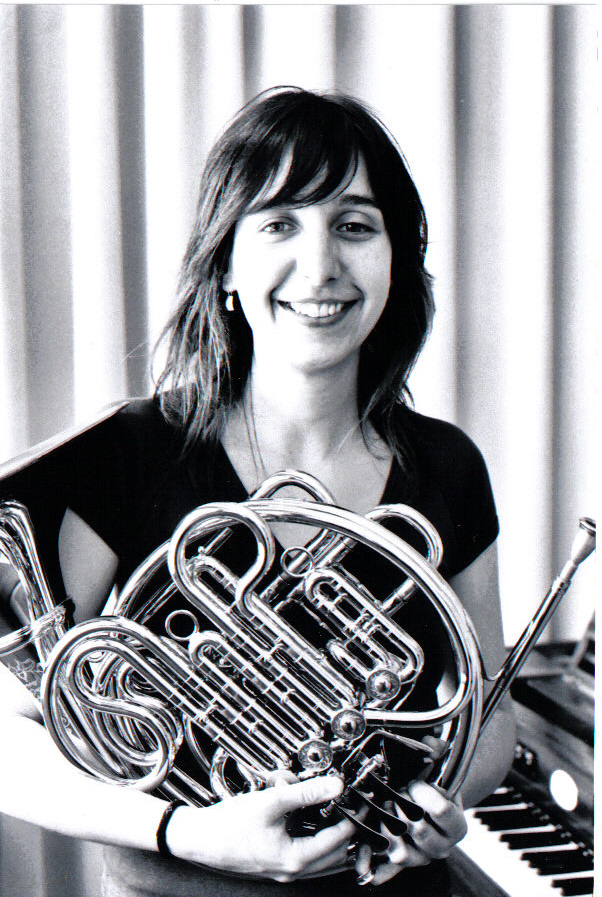 Ana Andrés
Trompa, Metalls
She began her studies at the age of 5 at the Escuela de Música Ortega in her hometown, Palencia, where she could build the pillars of her musical formation for 6 courses: first contact with an instrument, first concepts theoretical and harmonics and first concerts as soloist as in group. Later, she went to study at the Conservatory of the city, where she began to study the horn. She did courses and Master Class with Juan José Llimerá, Luis Balaguer, Peter Merry, Javier Bonet, David B. Thompson, Hermann Baumann and Nury Guarnaschelly, among others. In addition, she has received training from Javier Bonet, Claude Maury and Anneke Scott. In the field of chamber music, she has worked with the Sexteto Montucu, of the Conservatorio Superior de Música de Salamanca, with whom she performed concerts throughout Castilla y León. This training received went under advice of Alberto Rosado, Kennedy Moreti, Jennifer Moreau, Carmelo Molina and Ensemble Miró, among others. She has participated with the Municipal Band of Music of Palencia, in the Young Orchestra Allegro Assai of Castilla y León, in the orchestra of the University of Valladolid, in the Young Orchestra of "Antonio Machado", in the Youth Orchestra of the City of Salamanca, in the chamber orchestra "Bella Desconocida", in the JOSPA (Young Symphonic Orchestra of the Principality of Asturias), in the Symphony Orchestra of the Conservatory of Music of Salamanca ( under the direction of Lutz Köhler and Pablo González), in JOICO (Young International Orchestra City of Oviedo) again with Pablo González and Friedrich Haider and in the Symphony Orchestra City of Oviedo. She has been a member of the "Odón Alonso" Symphony Orchestra of León and of the NJO (National Youth Orchestra of the Netherlands). Recently, she has collaborated with the Vila-seca Symphony Orchestra, with the Ensemble XXI and with the SPIRA Orchestra with historical instruments, with the Classical Orchestra of Catalonia, the JONC (Young National Orchestra of Catalonia), directed by Guy van Waas, the Old Music Orchestra of Girona, the Ensemble Martinú, among other Catalan groups. In the field of teaching, she is a graduate in Musical Education, currently teaching at the Escola Luthier in Barcelona and a member of the Le Cor trio, with whom she has performed concerts around Spain, the Trio Àrtemis and the POP Symphony Orchestra.